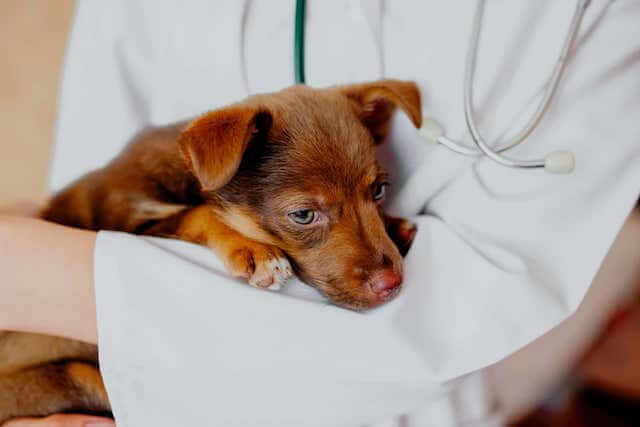 ‍Historically, CE has been referred to as inflammatory bowel disease (IBD), once histopathological evidence of inflammation has been reported via gastrointestinal mucosal biopsies. Specialists now prefer CE as the term for diagnosis because the predominant inflammatory infiltrate in animal IBD (lymphocytic plasmacytic) is very different from human IBD (neutrophilic & monocytic).

Furthermore, the diagnosis of CE provides a useful framework that can be used early on in the diagnostic journey and encompasses many conditions, making CE very common in cats and dogs [1]. A current lack of consensus on specific inclusion criteria and numerous causes make it hard to know how prevalent CE is. A recent review estimated that biopsy diagnosed IBD prevalence is at least 1-2% in dogs [2] (with all enteropathic disorders reported at a prevalence of 17.8% [3][4]). For cats, enteropathic disorders are estimated at 20% [5,6].

‍Most strictly CE does not include gastrointestinal issues caused by parasites, infection by pathogens, neoplasia, and other extra-intestinal diseases, even though the clinical signs, such as vomiting, diarrhea, loss of appetite, weight loss, melena, lethargy, and/or irritability do overlap with CE. This becomes quite a quagmire, given that often feline IBD and GI lymphoma present with the same signs and respond to the same treatment regimes. Also, cats often have inflammation not only in the GI tract but also in their pancreas and liver (triaditis). This poses a challenge for owners and veterinarians when the diagnostic budget is limited.

If the first tier of diagnostic testing does not yield an etiology, chronic enteropathy can be defined by response to treatment according to these general categories:

Similar to food protein-induced enteropathy in people (e.g., milk protein allergy or gluten sensitivity (celiac disease), over 50% of dogs with CE respond to a diet change alone. Older literature suggests similar responses for cats [7]. FRE is more common in younger cats and dogs, whose symptoms arise from an adverse food reaction, food allergy, and/or food intolerance. It is common for CE patients to have an allergic reaction to certain types of dietary protein. In contrast, food ingredients most likely to cause food intolerances are much more varied and do not require prior exposure.

These include carbohydrates (e.g., disaccharides: milk lactose, sucrose & dextrins), pharmacologically active products (e.g., histamine/histidine in certain cheese and fish), food additives (e.g., food color dyes), and food toxin contamination or overconsumption (e.g., phytohaemagglutinin aka PHA lectin in beans amongst many other naturally occurring plant toxins through to mycotoxins). Improvement can take up to 14 days after switching diets, and several diets may need to be tested. For example, some studies report that a hydrolyzed protein diet [8] or an easily digestible diet [9] are successful at mitigating symptoms of CE in dogs; additionally an elimination diet is effective at identifying allergies or food sensitivities.

Some forms of CE may be alleviated by using antimicrobial treatment to treat a known or suspected bacterial pathogen, to alter the bacterial composition of the gut microbiome and/or to allow for lower doses of anti-inflammatory medication to be used (immunomodulation). Common antibiotics used to treat CE are Tylosin, Tetracycline, Doxycycline, Azithromycin, Enrofloxacin, Rifaximin, and Metronidazole; Menozzi et al [10] reports that they can be effective, at least temporarily, at resolving CE symptoms. However, relapse rates are high (this study reported a relapse rate of 85.7% in 30 days [11], this study reported a relapse rate of 100% in 12 months [12]). The rise of antibiotic resistance is concerning. Why ARE cases respond to antibiotics is often unclear. An imbalance of the gut microbiome is strongly implicated.

Medications that suppress the immune response in order to reduce inflammation of the gastrointestinal tract lining are the defining treatment of IRE. IRE is more commonly found in older cats and dogs. Several types of anti-inflammatory drugs are available, some which are used in combination with antibiotics in more severe cases. Prednisone, Prednisolone (preferred for cats over Prednisone), Chlorambucil (preferred for diabetic cats), Cyclosporine, Mycophenolate, and Budesonide have been reported as effective treatments for reducing inflammation within two weeks, with remission rates as high as 78% [13]. While there is limited reported data, one study published a relapse rate of 22.7% following immunosuppressant treatment [14].

Chronic enteropathy is a broad term that has numerous causes, so it’s not surprising that in 15%-40% of cases there is no response to treatment in the short term, as one report highlights [15]. If a patient is non-responsive to treatment, it is possible that another disease or condition could be contributing to symptoms. For example, pets can still have a cobalamin deficiency, despite an adequate diet, due to malabsorption as a result of an unbalanced gut microbiome and mucosal inflammation. That said, not all of the causes of CE are understood, let alone known. Altering the gut microbiome is an emerging and promising treatment for clinical signs of a gastrointestinal condition, even when the cause is unknown.

The Role of the Gut Microbiome 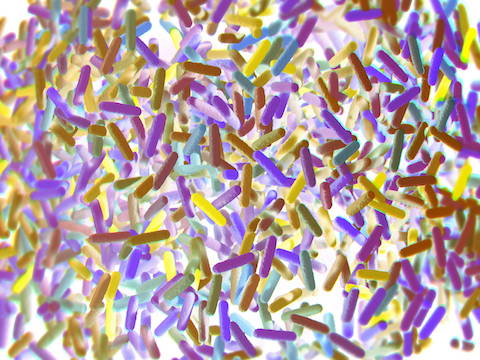 The gut microbiome is defined as the community of all microorganisms living inside the gastrointestinal tract, including bacteria, fungi, viruses, and protozoa. The presence and diversity of microbes that make up the gut microbiome are strong indicators of health as it has a complex and direct link to the immune system, metabolism, endocrine system, and even mental health. The health of the gut microbiome can be easily connected to every type of CE response category. For example, imbalances in the gut microbiome (e.g., overgrowth of harmful bacteria, lack of diversity, absence of beneficial bacteria, etc.) are correlated with signs of chronic CE of both cats [16] and dogs [16,17].

Hundreds of studies now highlight the negative impacts of antibiotics on the gut microbiome, as the treatment can disrupt the balance and diversity of the bacterial community in the intestines. Therefore, it may be beneficial to the overall health of your feline and canine patients to use a test kit for either cats or dogs to understand their gut microbiome composition in detail before treating for Antibiotic-Responsive Enteropathy (ARE). Based on a particular patient’s results, treatment recommendations can be prioritized to supplement fiber or to consider one antibiotic over another. 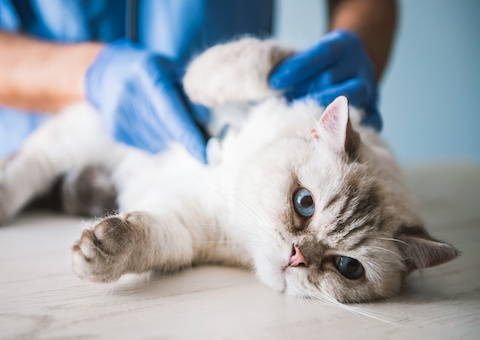 Should an imbalance in the gut microbiome be suspected or detected in a chronic CE patient, it is possible to introduce (or re-introduce) a few specific beneficial bacteria to the intestinal community, called probiotics. However, studies report that supplementing the diet with probiotics is unlikely to make a noticeable permanent difference to the gut microbiome.

Rather, a fecal microbial transplantation [18] is the best known practice for restoring a balanced gut microbiota and has proven to be effective in both animals [19] and humans [20] for a number of reasons, such as gut microbiome recovery after antibiotic treatment [21], inflammatory bowel disease [19], and Clostridioides difficile infections [19]. Fecal transplants may be administered a number of ways including via endoscopy, an invasive procedure.

However, anesthesia may be unnecessary given that oral delivery could be just as effective [22]. Gut Restore Supplements (fecal transplant capsules) for cats and dogs are a convenient, antibiotic-free approach to FMT that promotes a healthy and balanced gut microbiome for cats and dogs in need.

AnimalBiome is pleased to announce that our article was featured in IVC Journal.

Learn More About Our Products

One Gut Health Test plus 30 Capsules of Gut Restore Supplement.

Contains five Gut Health Tests and everything you need to collect fecal samples at the clinic.

Everything you need to improve patient health when an imbalance is present, plus Gold program perks.